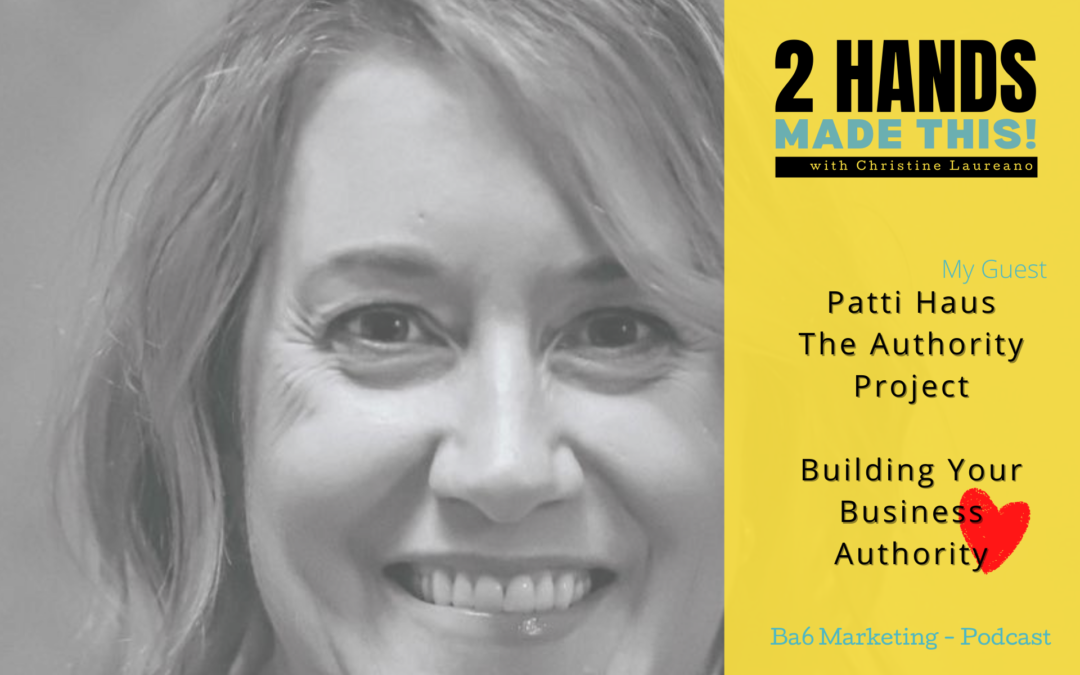 How can you make an impact in your corner of the world?

By building your authority!

A glossy, curated Instagram-worthy project is not what you will get out of Patti Haus and The Authority Project. It’s an honest, real account of building a business. Including the good, the bad, and the really, embarrassingly awful.

Instead, you’ll hear about mindset issues, struggle with imposter syndrome, and how she almost threw up the first time she spoke on stage. And every subsequent time. She mentions this every time because that’s how scary it was. And is.

Building your authority in your business is a key piece to your business success. After all, if nobody knows you, you’ll stay the best-known secret forever.

You have to be willing to get out there. To be the face of your brand. To share your knowledge, give your audience a piece of your mind (from time-to-time) blaze your trail with your personality (because no one on the planet is like you and knows what you know the way you know it.)

Patti and I met in a mastermind a few years ago and is not only my copywriting partner in crime and business-building BFF she’s the person I turn to when I need a kick in the ass when it comes to “saying yes” to building my authority. (hey we all need that friend that’ll give us the boot in the butt we need.)

The Authority Project turned into more of a movement than just this experiment. In this episode, Patti shares what it takes to say YES to pretty much whatever comes along to build your authority, getting over the mindset issues that WILL show up, and feel good about being the expert in your field that you are.

Join us at the kitchen table and enjoy the show.

Start here to hone your DIY messaging with The Creative Entrepreneur's Messaging Checklist and get bi-monthly updates on how to improve your messaging to sell more products and make more money.

Your Checklist is on it's way!